Helicopter parenting is when parents overly involves themselves in their children’s lives, such as making decisions for them and taking care of things for them instead of letting them learn how to do it themselves.

A new study has revealed that helicopter parenting could negatively affect the brain development of children.

Researchers from the University of British Columbia and Duke University discovered that children who grow up with parents who are excessively involved in their lives tend to have smaller hippocampus, a part of the brain responsible for learning and memory.

They published the findings in the journal Developmental Science. The study examined 256 children aged between 8 and 11 years old, with an average age of 9.5 years old.

These questionnaires were useful to determine if the child had grown up in an environment that they consider “helicopter parenting.”

The Result of the Research

“We found that more maternal involvement has connections with smaller hippocampal volumes in both boys and girls,” said Marinus H. van IJzendoorn, lead author of the study and professor at Leiden University’s Institute for Brain and Cognition, as quoted by Science Daily.

“These results suggest that mothers should know their level of involvement and, when necessary, try to modify their behavior.”

The study showed that a higher score on the questionnaire indicated a greater level of maternal involvement in the child’s life. However, this also meant that the child’s hippocampus was smaller.

The study also found that the negative effects of helicopter parenting did not happen because of socioeconomic status or other environmental factors such as marital status or the mother’s level of education. We could take into account these factors to determine whether a child grew up with a helicopter parent. 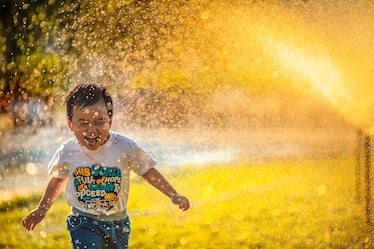