Silent Treatment and Physical Punishment: Why We Consider Them Abuse

Kids are naturally social beings. They like the company of their peers and have a desire to please their parents.

However, sometimes children exhibit behaviors that cause distress to their parents. As parents, we understand that these are the signs of a child trying to communicate and work through their emotions.

If the child’s behavior is disruptive or hurts the parent or other family members, it is imperative that the parent find a way to help their child resolve the problem without resorting to any kind of physical punishment.

Why Are Some Children So Defiant?

Photo by Susie Ho on Unsplash.

Children who exhibit defiant behavior may not want or need attention from you, but they do need your help and understanding. When you ignore your child’s defiant behavior, it only makes matters worse for both of you.

Your efforts will only be wasted if you don’t learn how to deal with these situations in a positive manner.

The sooner you get into this habit of dealing with defiant behaviors in a healthy way, the better off your relationship will be as well as your child’s relationship with you.

What is Silent Treatment?

There are many reasons why parents use silent treatment as a discipline method. The main reason is to make children comply with the rules, rather than talking to them.

Many parents are in denial and try to justify this behavior by saying that they should not coddle and spoil their children. They feel that it is best for the child to know their punishment. This can teach the child that his or her behavior needs to change.

The other main reason is to have a sense of control over their children’s behavior. This means that parents believe they are unable to discipline their children without them screaming, yelling, and even crying out loud about it.

Silent treatment is different from withholding rewards and punishments in a way that these other methods do not have the same level of impact on a child’s behavior as silent treatment does.

In other words, withholding rewards and punishments does not necessarily cause kids to become angry and hostile towards their parents; it simply means they will do what you tell them to do in order to get what they want while being denied access when they don’t do so.

In contrast, we specifically design silent treatment for this purpose: making kids stop misbehaving or doing something inappropriate because their parents want them to do so.

Why is it an Emotional Abuse?

Parents use silent treatment as a form of emotional abuse because they know that it will not cause children to stop misbehaving or acting inappropriately. The reason for this is that children do not know why they receive punishment and this makes them feel powerless and angry.

If you want your child to stop misbehaving, you should first tell him or her why they receive punishment, so that the child can learn how to change his or her behavior.

Secondly, withholding rewards and punishments does not make children feel powerless. Rather, it gives them the opportunity to decide whether or not they want to comply with your rules.

In contrast, silent treatment leaves children with no options but compliance with your rules. As a result, they feel frustrated and angry at their parents because they do not know why they receive punishment.

This is why we consider silent treatment an emotional abuse in most cases.

The Difference Between Silent Treatment And Physical Punishment

Many people mistakenly think that punishment and silent treatment are synonymous terms. This is not true.

Punishment is a method of teaching your child a lesson. In the past, many parents used physical punishment as a form of discipline for their children.

Why We Need to Stop Using Physical Punishment

Photo by Michael Mims on Unsplash.

Physical punishment teaches children that violence is an acceptable way to solve problems and teaches them that they cannot trust you to be an effective parent.

Your actions show your child that you are not trustworthy or competent and will leave him or her confused about how to make things right with you. This may lead your child to resort to using physical force against you in the future when they do not get their way.

The best way for you and your child to learn how to resolve conflicts without violence is through communication instead of physical force.

Physical punishment can also damage your relationship with your child, especially if you have abused them in the past or if they have witnessed abuse from another adult in their life (a parent, a teacher, or other adults).

Physical punishment teaches children that there are certain behaviors that are unacceptable and you will punish them for it.

If you do not want your child to feel that they have to resort to violence in order to resolve their problems, you must start teaching them how to resolve conflicts through communication instead of physical punishment.

Force Children to Resort to Violence

When you resort to physical punishment, it is like a child taking a hammer and smashing their parents in the head with it. The results are always the same: you are angry and your child feel confused about how he or she can make things right with you.

The message that children receive from this type of discipline is that you will not tolerate their behavior, no matter what they do.

They will continue to see their parents as an enemy who controls and punish them until they learn better ways of dealing with their emotions.

It’s not easy being a parent and trying to teach your children how to live peacefully in the world without resorting to violence as a means of conflict resolution.

However, it is possible and it’s not too late for you or your child if you start practicing positive discipline now instead of waiting until later when things become more difficult.

In order for your child to learn how to deal with conflict without resorting to violence, he or she must first understand that violence is not the way to solve problems.

Is Physical Punishment An Abuse?

The short answer is yes.

When we punish our children, we are setting up a system where they are always on the defensive. This kind of environment doesn’t allow them to learn how to solve problems or be responsible for their actions because they’re constantly afraid of punishment.

It prevents them from making mistakes and from learning what they should do to be successful. It makes them very self-conscious. They have no idea what they’re capable of doing and how to learn it without being punished.

It also teaches our children that violence is an acceptable way to resolve conflict rather than learning how to communicate effectively with others or coming up with creative solutions for problems that you may have in your life.

In short, physical punishment teaches our children that it’s okay to use violence as a form of communication with others and that people should obey orders even if those orders come from someone who isn’t a good role model.

How to Prevent Children Becoming Violent

The only way to ensure that your child doesn’t turn into a violent person is to teach them to understand the consequences of their actions and what those consequences are.

The only way to do that is to explain the “why” behind every action you take and help them understand that what they’re doing isn’t okay or acceptable.

If you don’t, then you may set up your child for years of conflict in their lives because they won’t know how to communicate effectively with others and learn from their mistakes.

They will always feel like they have to defend themselves against someone they don’t even know, which can lead to them defending themselves in harmful ways to themselves or others.

They will always be on the defensive and this can lead to aggression or violence, either on purpose or accidentally, which is obviously not good for anyone.

Interested in learning more parenting tips? Are you a new parent or a seasoned parent? If so, you will find our blog useful and interesting. You can find some new insights and strategies to improve your parenting skills on the Mindful Parent. 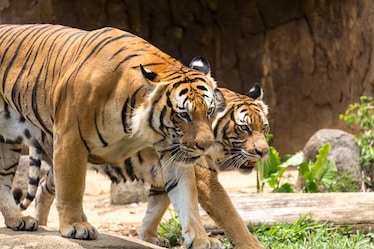