Things You Wish You’d Known When Raising Your Toddler

This is a comprehensive list of the things I wish I’d known about raising my toddler. The list will probably be similar to many parents and families. This is what I wish I’d known, and the next few years were a bit of a blur.

Here are some basic parenting things that I wish I’d known when raising my toddler:

You can’t always do everything they want to do. They need boundaries and structure, especially at this age (and sometimes even later).

You have to set limits or they won’t respect you or listen to you when you try to teach them anything else later on.

For example, saying “no” every time they ask for something may seem harsh at first, but it’s necessary if they’re going to respect your decisions later on. A good time-out is a great way to teach them to listen.

RELATED: The 4 ABC Songs You Can Teach Your Toddler Now

2. Teach them how to wait

This is a difficult skill for toddlers, but you can teach them how to wait and take turns with others. Don’t expect your toddler to learn this from you, though.

You have to give them the time and space they need, and they have to want it themselves. You can set rules like “no TV until I say so” or “no interrupting me when I’m talking.”

You can also teach them other things like the golden rule (we’ll get into that later) or sharing their toys with others (I’ll talk about that more later too).

3. Give your toddler independence by teaching him how to clean up his messes

Toddlers love making messes! If you let them do it, they’ll do it over and over again. It’s frustrating behavior for everyone around, especially if they’re eating.

You have to show your toddler how to clean up his messes so he learns not only that he doesn’t need help sometimes but also that he can do many things by himself, too.

It’s also a good way to teach him how to handle the consequences of his own acts.

4. Don’t expect your toddler to understand everything you say

I think it’s normal to expect your toddler to understand everything you say, but sometimes they just don’t. Don’t get frustrated or yell at them if they don’t.

Silence treatments and punishments don’t make your toddler suddenly understand how the adults speak. In that case, you better learn how to handle your negative emotions and put more attention to how to talk to your toddler.

Learn how to speak with a calm tone of voice, even if you’re angry. Communications are the key to a peaceful family dynamics, however toddlers aren’t born with the ability to comprehend everything that adults are saying.

It’s just not in their nature yet. It will come with time, though!

5. Toddlers are messy and love to make messes

Don’t be surprised if your toddler is constantly throwing things on the floor or dropping food everywhere. They’re always trying to find new ways to be messy and see what they can get away with.

Some kids are worse than others, but you must teach them how to clean up after themselves (see #4). From time to time, let them be independent and deal with their own problems.

Make independent cleaning and being neat a consistent routine in your toddler’s life. It’s an effective tool to make them more organized in the future.

6. Be flexible when it comes to sleeping arrangements for your toddler

You’ll probably have a lot of changes in sleep schedules when raising a toddler, but don’t let this discourage you.

The more comfortable your child is sleeping, the more likely they’ll be able to go without a nap and stay up later in the day without needing their naps (which can be tricky when they’re 3 years old!).

You have plenty of time to figure out a schedule that works for you and your toddler.

7. Be patient with your toddler

Don’t expect your toddler to understand everything you say or do right away. They’re just not capable of it yet. They’ll pick up new things as they get older, but it will take time for them to learn.

Give them the space they need and don’t expect them to understand everything at once. You’ll get there!

8. Know when to give up on discipline

Sometimes you have to let your toddler learn by themselves (and sometimes by other people) before you can start teaching them again (and even then, they may still make mistakes).

For example, if they keep messing up, try talking with them calmly and offering a different option or trying something else.

If they keep getting into trouble at school, talk with their teacher about what happened and see if there’s anything you can do to help. They’ll learn eventually!

I hope this list helped you learn some things you wish you’d known when raising your toddler. If you want to learn more about the topics mentioned in this article, visit our website! 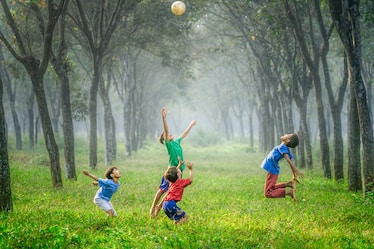