Being a parent is hard. It becomes even more frustrating when your child seems to have unruly behavior and doesn’t listen to you.

Tantrum throwing, whining, and refusing to do what they’re told are common issues that parents face on a daily basis.

It’s hard to know what to do, what to say, and how to act. It’s hard to raise a child who is kind, caring, and responsible. And it’s hard to do it all on your own. But you are not alone! Many parents actually feel this way.

Toddler temper tantrums are very common with children who are between 12 and 18 months old. At that time, toddlers are becoming mobile but do not yet have the language skills to express their needs. There are also 19-month-old tantrums and 20-month-old tantrums.

Whatever the age, it’s normal for toddlers to have tantrums. Tantrums happen when a child has a strong emotion (like anger, frustration, or sadness) and doesn’t know how to express it.

During a tantrum, a child may:

Sometimes toddlers have fits and tantrums, but it is not always about trying to control or manipulate parents.

A temper tantrum is like an intense storm that causes people to feel angry, lost, disappointed, and deep frustration. There are two types of temper tantrums: emotional meltdowns and non-emotional tantrums. One is often called Little Nero tantrum.

When kids (or people, in general) have an emotional meltdown, their emotional part of the brain becomes aroused and takes over the control of their thinking part (pre-frontal cortex).

So, Little Nero tantrums are always a result of the associated learning. A child can start out ranting non-emotionally, but end with an emotional meltdown when 2 year-olds start throwing tantrums that are out of control.

Most tantrums last a few minutes. But sometimes they can last up to 30 minutes. No matter how long they last, they’re always frustrating for both parents and kids.

Is Tantrum the Same as Behavioral Problems?

There is a big difference between a tantrum and behavioral problems. A tantrum is a normal part of child development and usually happens during the toddler years.

Anyway, the choice of words is important.

Why Do Kids Have Tantrums?

The reason that toddler tantrums are happening is that children are only just beginning to develop social and emotional skills. Emotional regulation is not something that we are born with. But to think in the bigger picture, there is no one answer to this question as every child is different.

However, some possible reasons why kids have tantrums include:

How Can We Avoid Tantrums?

The best way to avoid tantrums is to prevent them from happening in the first place. Some things you can do to prevent tantrums include:

Finally, try to catch them doing things that are good, and reinforce them with praise and encouragement. Try saying, “Good job!”, “I love how you tried your best!”, or “You’re so smart!” when your child does something good. These phrases will help your child feel good about themselves and will encourage them to try harder next time.

That’s the kind of positive behavior that you want them to remember and repeat.

What Should I Do During a Tantrum?

There’s no one-size-fits-all answer for how to deal with a tantrum, but these tips might help:

If the child is old enough, give them a consequence for their behavior, such as taking away a toy or sending them to their room. But when the time-out is for tantrums and negative behavior (like hitting), you must set a time limit.

It’s also important to remember that tantrums are a normal part of child development. Most children will outgrow them by the time they are 4 or 5 years old.

When Should I Call the Doctor?

A tantrum is not a medical condition. There is no specific time when you should call the doctor. However, if your child’s tantrums are severe, occur often, or are accompanied by other worrisome behaviors, you should speak with your pediatrician.

One overall takeaway is that tantrums, while unpleasant, are a normal part of child development.  Many times, toddler tantrums are simply a way for young children to express their emotions and test boundaries. Learning to manage tantrums, when you are unable to prevent them, is a very important part of any parent’s skill set.

If you like to know more parenting tips, please check out our articles on Mindful Parent. Be the best parent you can be and make sure your children have the best chance in life. 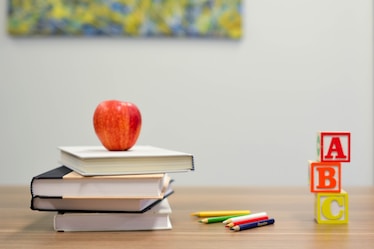 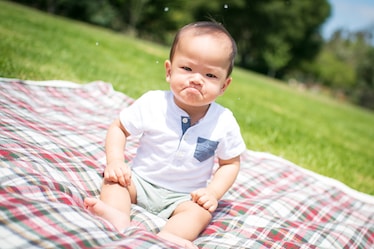